The Hunting Lodge and outbuildings

At the Stern in the Parforceheide near Potsdam ist the hunting lodge, which was built in 1730-1732 by the Prussian King Friedrich Wilhelm I in the style of a Dutch townhouse. 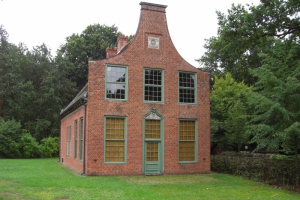 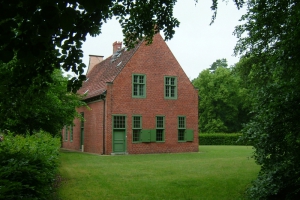 Reverse side
It is the only lodge built by this king and it is preserved almost in its original state. The wood-paneled hall served as a dining room for the social gathering after the hunt. It is decorated with antlers of „Big Hans“, a capital stag from the royal parforce garden and paintings depicting the landlord hunting. This dining room boasts views through the large Dutch windows. Interesting details are also in the hallway, in the kitchen, in the adjutant room and in the bedroom with the king’s alcove bed. 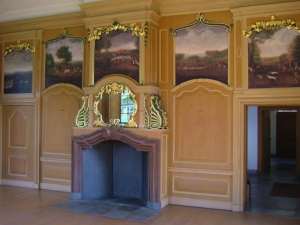 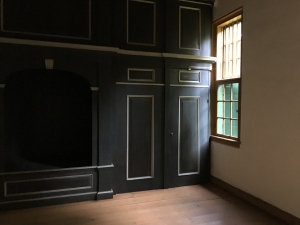 The Hunting Lodge complex includes the Kastellanhaus, the former horse stable and outbuildings that were built at the same time as the hunting lodge. The Kastellan (preserver of the Hunting Lodge) had from the beginning the right to serve beer and wine to customers. Until its closure in 1992 the Kastellanhaus was a popular tourist restaurant in the region. The former horse stable has been used as a residential building since 1930. 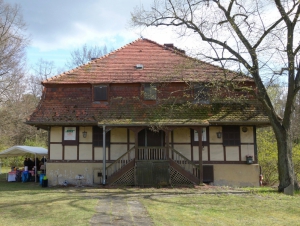 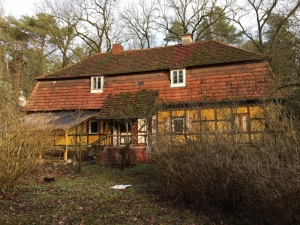 On the site of today’s car park, in front of the former horse stable there was originally another half-timbered building of similar dimensions to the Kastellanhaus, with Baroque period symmetry. However, the so-called „Royal Hunting Pavillon“ was demolished in 1766 because of its dilapidated condition. 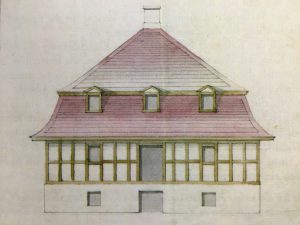 Particularly noteworthy is the oven, which was rebuilt in its original style by means of donations and funding from the Förderverein (Association) in 2011, and in which wood oven bread is baked again for certain events of the Förderverein. 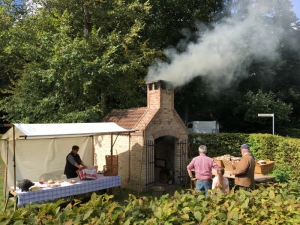 Heating of the oven 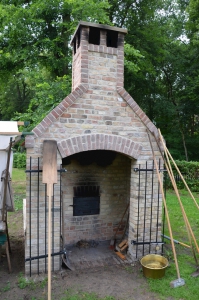 The entire ensemble from a bird’s eye view

Continue the tour → The Förderverein